Biodiversity is becoming an increasingly important field of study for biologists as we begin to explore drivers of diversification. Within this deep look into organisms large and small comes discoveries of biodiversity in unexpected forms. My research has focused on the biodiversity of courtship displays in male jumping spiders of the highly-diversified genus Habronattus. These spiders produce complex displays that combine visual and vibratory signals. These vibratory “songs” vary across species and it is unknown what structures are responsible for this variation. I used a combination of video and imaging techniques to examine variation in sound production morphology. Using high speed video recordings and laser vibrometry I was able to document male songs in different species, and then imaged their sound producing structures using Scanning Electron Microscopy. Analysis of these images revealed distinct morphological characteristics belonging to each species but similar morphologies in sister taxa. This evidence suggests that evolution of varied sound producing structures has driven diversification in this group.

As a first generation student, experiences like these shape my future and build confidence in my abilities. Thank you for allowing me to be a part of the Rose Hills family and allowing me such a special opportunity to learn and move forward in my career. 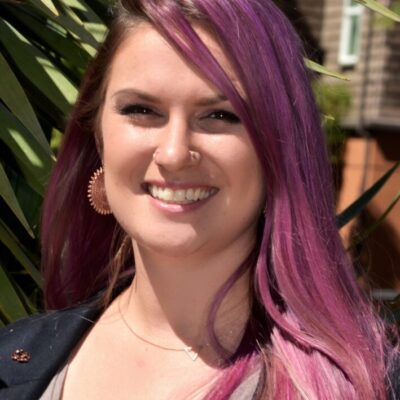 Major: Integrative Biology
Mentor: Damian Elias
Back to Listings
Back to Donor Reports