Analysis of Cockroach Tarsus Applied to Running on Horizontal Rods

American Cockroaches exhibit a large versatility of movement; they are able to transverse over varying substrates in different orientations. Over the last decade, scientists have studied the tarsus, or foot of the cockroach, looking specifically for certain features that allow the cockroach to make such transitions. So far, three distinct structures; the claw, the euplantulae, or a set of overlapping friction pads, and the arolium, which is an adhesive protrusion; have been found to act in tandem during movement. My research for the summer will investigate the capabilities of the cockroach to run rapidly and make gait transitions on horizontal rods. Currently it is unknown how the complex leg morphology of the cockroach is used to attach to the rod in both upright and inverted running, and how these changes affect the performance. Ultimately, the goal of this research, which will continue on to my senior thesis, is to learn about what structures and mechanisms in the tarsus of the Periplaneta allow them to run on these rods, and using these discoveries to design a robust rod running robot.

I would like to thank SURF and the Pergo Foundation for allowing me to have the opportunity to conduct full time research over the summer. During the school year, other obligations such as coursework make it hard to spend as much time as Id like to on my project, but now, I can get a taste of what graduate school would be like as an undergraduate. 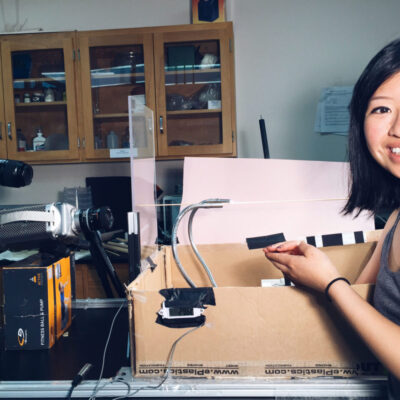