Due to the overuse of antibiotics, bacterial resistance has become one of the most widespread epidemics facing the world today. This, combined with a significant decrease in the production of antibiotics has created a need for new drugs to combat bacterial infections. Actinomycetes are a class of bacteria known to produce several secondary metabolites important in modern medicine. Recent innovations in Next Generation Sequencing have proved that Actinomycetes are capable of producing far more metabolites than previously thought possible. However, the mechanism through which these bacteria are prompted to produce these special metabolites is unknown. My project this summer is to identify the essential genes involved in bacterial communications through secondary metabolites. I aim to do this through with a genetic screen of the bacteria Streptomyces ceolicolor during an interspecies interaction. Then, using modern biological technologies such as PCR, transformation, and metabolomics I will be able to determine the essential genes and their functions.

This fellowship has granted me to the capability to explore science and all its nuances. The chance to stay up over summer and focus purely on science will be an amazing experience that I am incredibly grateful for. I am excited for the opportunity to delve deeper into the scientific method of investigation further than I ever thought possible. As I progress in the world, the skills gained in this fellowship, such as critical thinking and analytical problem solving, will prove most useful. I am extremely thankful for the SURF program and the Rose Hills Foundation for the opportunities and support provided. 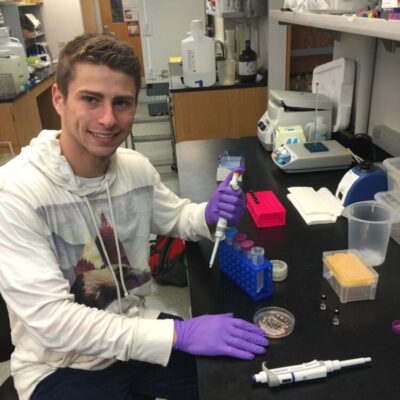