Post-transcriptional regulation is vital for cell survival and proliferation in diverse environments, but little is understood about the underlying regulatory networks or their mechanisms. Regulation of mRNA expression is an essential process in cells that involves RNA binding proteins targeting mRNAs to change their localization, expression, and stability. These RNA binding proteins do not act in isolation; they are often involved in various pathways that also regulate their function. Our lab group has designed and performed numerous high-throughput screens to collect data about genes and proteins involved in post-transcriptional regulation on the genomic level in Saccharomyces cerevisiae. One such screen is a CRISPR interference (CRISPRi) screen, which inactivates genes on a genome-wide scale to reveal how each target gene affects a specific biological process, such as the activity of a particular RNA binding protein. The goal of my project is to synthesize the data from these high-throughput screens, formulate a valid measure for effect on translation, and ultimately elucidate the mechanisms, functions, and regulation of various genes on post-transcriptional regulation.

In the beginning months of the pandemic, I felt an overwhelming sense of uncertainty, as many others. I was uncertain of what I was going to do in the summer, uncertain of where I was going to live, uncertain whether my grandparents would be ok, and uncertain about the future of the world. When summer began, I was determined to not spend the entirety of it mulling over all the chaos within and outside of me. I delved into my research project, determined to improve something-- anything. This research project was my antidote to all the chaos. I still think about how miraculous that was-- that in the midst of a global pandemic, massive social unrest, and imminent economic collapse, I had an outlet to work on something, to improve my skills as a researcher and contribute a little bit of knowledge to the global community. None of this would have been possible without your generous support. I can't express how appreciative I am for this opportunity and for your unwavering support through everything that has happened. Thank you. 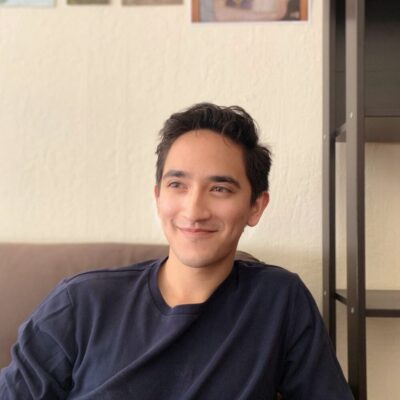