Tardigrades are frequently studied for their profound ability to withstand environmental stressors, but the mechanisms and degree to which they survive these conditions have been demonstrated to differ between species. This project explores how one freshwater tardigrade species, Hypsibius exemplaris, tolerates subfreezing temperatures by an apparently unique method that avoids desiccation. Existing literature suggests that the remarkable cold tolerance of this species is due to cold tolerance protein expression in response to slow cooling of their environment. However, the precise biochemical and biomolecular mechanisms underlying this cryobiotic ability in H. exemplaris remains unexplored. We aim to shed light on these mechanisms and the proteins involved by isolating candidate cold tolerance proteins in H. exemplaris, characterizing their structures, and performing selective mutations on these proteins to explore potential mechanisms of action. If we are able to identify and characterize the cryoproteins responsible for cold tolerance in this species of tardigrade, these proteinsor engineered variantsmay be employed in biopreservation and biomedical applications.

Thank you so much for funding this research opportunity. Through my project, I became acquainted with computational biology approaches that I had never before applied, but which are becoming increasingly relevant in my fields of interest. I honed my skills in computer programming and gained a clearer sense of what I would like to do in graduate school and beyond. As the first in my family to pursue an advanced degree, the research experience and the mentorship that I received through this program were invaluable in helping me build the confidence to pursue this path. I deeply appreciate your contribution in making this possible. 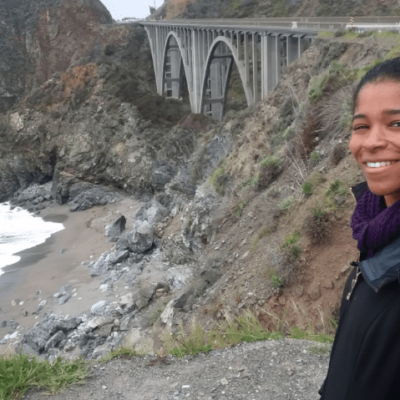