Investigation of the ttr genes in C. elegans and their role in regulating development and lifespan, potentially through hormonal signaling

Antagonistic Pleiotropy, an evolutionary theory of aging, states that traits beneficial early in life are selected for even if they become detrimental later in life. Very few molecular examples of Antagonistic Pleiotropy have been observed, but our lab recently discovered a protein in C. elegans that fits the proposed theory. This protein, KGB-1, protects developing worms from environmental stress, but sensitizes worms in adulthood to the same stresses shortening lifespan; the cause of this switch is unknown. An observed change in gene expression was the result of this age-dependent switch; a prominent group among them was the transthyretin-like (ttr) genes, an expanded family of genes homologous to the single gene in humans. Transthyretin in humans transports hydrophobic thyroid hormone and retinol. Thus, the 58 ttr genes likely perform similar roles of transporting age-specific hormones in C. elegans, and through which potentially mediate some of KGB-1s age-dependent effects.

This scholarship will allow me to work through the scientific process on my own by thinking critically, formulating hypotheses, designing experiments, and analyzing results that will ultimately be written-up formally. This experience will not only further my perception of graduate level work, but also hopefully confirm my desire to follow a career path in which research holds a prominent place by pursuing an MD/PhD. Exploring the functionality of the ttr genes, and other age related research carried out in the Shapira lab, is all contributing to our understanding of the biological process of aging. Thank you to the Rose Hills Foundation for this opportunity. 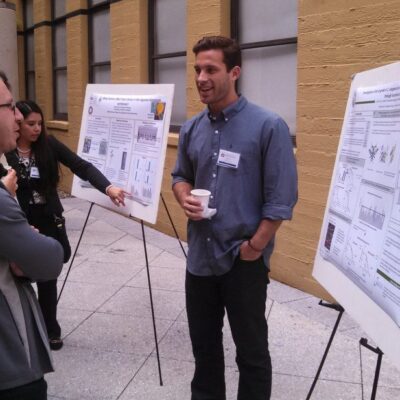