Changing Views on Gun Control: The Effects of Moral Framing and Ingroup Conformity on Attitudes Towards Gun Laws

The debate over gun control has become an increasingly divisive political issue among Americans, so much so that both liberals and conservatives appear to be talking past each other. According to Moral Foundations Theory, such political schisms arise because liberals and conservatives hold different moral intuitions and respond to different forms of moral rhetoric. While the intuitive and discursive asymmetries between liberals and conservatives may seem insurmountable, recent research suggests that moral framing can actually persuade partisans to change their attitudes by appealing to their moral intuitions. Expanding on this new line of research, I intend to run an experiment that tests whether moral framing can change conservative and liberal attitudes toward gun control. I will recruit participants to read fake op-eds arguing for or against gun control. By employing moral rhetoric in the op-eds that resonates with conservative and liberal moral intuitions, I will attempt to persuade conservatives to support gun regulations and liberals to oppose them. I will further test whether participants are more persuaded by the moral rhetoric in the op-ed or the political affiliation of its author. Previous studies on moral framing have failed to distinguish between these two factors, so my study will not only apply framing to a new issue, but will also address critical limitations of previous research.

I cannot express deeply enough how much I appreciate your support for my research. As Cal students, many of us struggle to split our time between numerous responsibilities, and we often find ourselves unable to fully commit to the projects that we care the most about. I am thrilled to have the truly extraordinary opportunity to dedicate myself full-time to my own research. I believe this is a unique and valuable chance for me to grow as a researcher. I sincerely thank the Wishek Fund for their support! 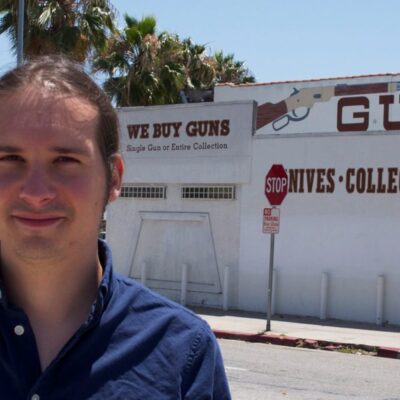