A worldwide abundance of glacially deposited sediments in early Neoproterozoic strata suggests the onset of a great global cooling event that began approximately 720 million years ago. Sometimes referred to as the Snowball Earth Hypothesis, this period of massive climactic change resulted in the propagation of glaciers at very low latitudes, and potentially covered the entire surface of the planet with ice. Determining the geographical, climatological, and biological changes that happened prior to the onset of this event can allow us to better understand the processes that led to such a dramatic climate anomaly. This summer, I will be mapping, sampling, and analyzing pre-glacial Neoproterozoic rocks in the region around Negash, Ethiopia. By combining data from 13C ratios from carbonate rocks with radiometrically-dated ages gleaned from multiple volcanic ashes interspersed among the carbonates, we will be able to better constrain and determine the speed and duration of significant climactic anomalies that preceded the onset of glaciation.

The chance to spend a field season abroad is a dream made possible both by the guidance of Professor Swanson-Hysell, the SURF program, and the generosity of the Pergo Foundation. The study of geology yields a unique window into the history and nature of the world, and the opportunity to look intensively into this window for an extended period of time this summer represents the ideal way for me to delve into the paleoclimatological history of the Neoproterozoic. I look forward to discussing the results of this study in my senior thesis as well as with the greater scientific community. 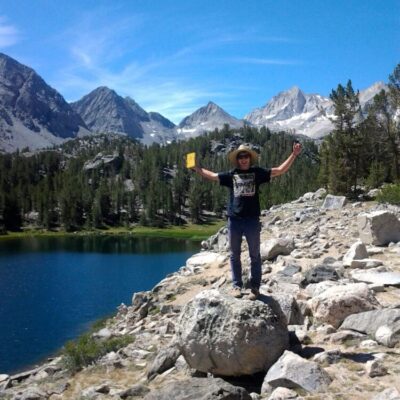