Social and Environmental Justice in the Brazilian Landless Workers Movement: The Shift to Agroecology

How does a modern social movement, dedicated to land reform in one of the worlds most inequitable societies, put its ecological and socialist ideology into practice in the Brazilian countryside? Through agroecology, the Brazilian Landless Workers Movement Movimento Sem Terra (MST) offers an alternative to conventional agro-industrial farming strategies that have marginalized rural workers; created dependencies upon cash crops and agro-chemicals with extensive ecological costs; and failed to solve the issue of global hunger. Agroecological farming systems operate in accordance with ecological principles in ways that are socially, environmentally and economically just, helping MST farmers take back sovereignty over their land, their food, their productive capacity, and establish a new relationship with nature (MST 2018). However, the vast majority of MST rural workers have not made the shift to agroecology. Over the course of two months in rural So Paulo, Brazil, I will attempt to determine what forces within socially diverse MST encampments facilitate or inhibit the successful implementation of agroecological farming, paying careful attention to the relationship of individuals to both theory and practice and the ways in which they converge and diverge.

I don't have the words I would need to fully express my gratitude to the Leadership Fund for enabling the experience I had this summer. Working with the Brazilian Landless Workers' Movement, I was able to delve into a project of my design that opened my eyes to a whole new level of engagement with both research and activism and the ways in which they can and should intersect. I came back to Berkeley a new person, and I look forward to putting all I've learned into practice as I write my final thesis and continue to engage with the local community on issues of social and environmental justice. None of it would have been possible without this funding. 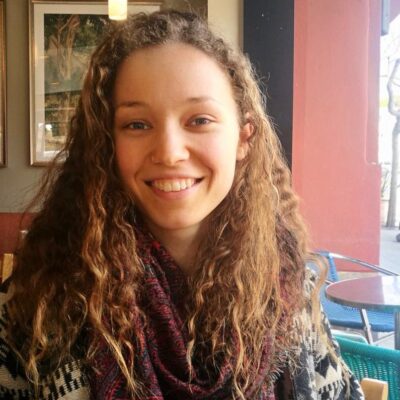