Finding the causal genetic basis of a complex trait is a challenge of biology. Current methods, such as GWAS and QTL analysis, can identify associations between variants and phenotypes, but this is limited to analysis within the species being investigated and not species-wide traits. Through a novel approach named RH-seq (reciprocal hemizygosity analysis via sequencing), causal variants that underlie interspecific differences can be identified, including those that are the basis of adaptive evolutionary changes. I will be investigating the genetic basis of the relative thermotolerance of Saccharomyces cerevisiae (budding yeast) compared to Saccharomyces paradoxus, two related yeast species that are roughly 20 million years diverged. At 39C, S. cerevisiae grows to a significantly higher density than S. paradoxus. Eight candidate genes have been previously identified through RH-seq performed at 39C. When these candidate S. cerevisiae variants are transformed into the pure S. paradoxus background, the transformants exhibit a small, but significant increase in thermotolerance, both on their own and in concert, but this effect does not recapitulate the effect seen between the two purebred species, and the effect between single or multi-gene swaps is indistinguishable. We reasoned that this implies that there are other variants for which the S. cerevisiae phenotype at 39C is contingent upon. This summer, I will be repeating RH-seq different temperatures to identify these variants. In this way, the evolution of thermotolerance in S. cerevisiae can be reconstructed by taking advantage of a species-wide difference between it and a close relative, S. paradoxus, that serves as a proxy for the ancestral state.

I had an incredible summer thanks to the support granted by the Rose Hills Foundation. I enjoyed working in lab full-time, and the time I've spent there has allowed me to grow and mature as a scholar. I feel much more independent in my work and more confident about my plans for the future. Thanks to the Rose Hills Foundation, I was able to immerse myself in science and felt like I was able to solidify my identity as a researcher! Thank you so much! 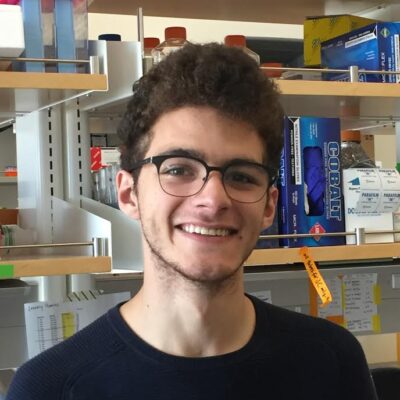