Efficient and versatile genome editing technologies, including CRISPR/Cas9, have the potential to treat disease on a genetic level. By inducing DNA double stranded breaks at targeted genomic locations, targeted nucleases can facilitate gene disruption via the introduction of random base insertions and deletions via non-homologous end joining. While many studies have developed methods for implementing these techniques, the treatment of nervous system disorders via genome editing has remained largely unexplored. One such disorder is Huntingtons disease (HD). HD is an autosomal-dominant disorder characterized by the progressive loss of striatal neurons in the brain, resulting in impaired motor function and the development of dementia and psychiatric conditions. HD is caused by a trinucleotide CAG repeat expansion in exon 1 of the huntingtin (HTT) gene, which leads to mutant HTT protein aggregation and neurotoxicity. RNA interference and antisense oligonucleotides have shown promise for reducing mutant HTT protein, but these strategies fail to treat the underlying genetic cause of HD. My research focuses on employing CRISPR/Cas9-mediated genome editing to disrupt mutant HTT gene expression. By using an adeno-associated virus vector to mediate delivery of CRISPR/Cas9 to striatal neurons, I will evaluate whether genome editing can reduce mutant HTT protein aggregation and slow neurodegeneration. This research thus has the potential to lay the groundwork for treating HD via genome editing.

The opportunity that the Rose Hills Foundation provided for me is among the most intellectually stimulating and challenging tasks I have done during my time here at Berkeley. It allowed me to develop a deeper understanding of both the ups and downs of independent research. It enhanced my abilities to plan and develop a project on my own and how to troubleshoot when experiments do not go according to plan. The skill set that I acquired over the summer will allow me to pursue my dream of going to graduate school for bioengineering. Most importantly, I am thankful to the Rose Hills Foundation for allowing me to gain confidence in my own abilities as an independent academic researcher. 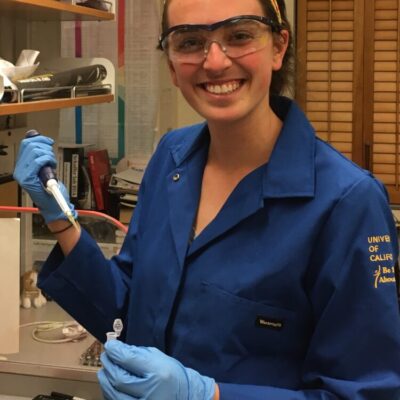