Export Laws, British Coal, and the Netherlands in the 17th and 18th Centuries

My research will look at the impact of English laws on the importation and use of coal in the Netherlands in the 17th and 18th centuries. During this period, both England and the Netherlands were prosperous nation with high demands for fuel. The English increasingly relied on coal, which influential theories tie to Englands being the worlds first country to industrialize. Due to the location of mines, however, it would have been easy to deliver coal to the Netherlands instead of central England. Various historians have examined the historical prices of coal and other fuels in the Netherlands, but none have attempted to correlate price fluctuations with English laws regarding the exportation of coal. By doing this, I hope that my research might provide a better understanding of how state policies and laws shaped early industrialization in Europe and industrialization in general.

I am honored and excited to receive the SURF grant. Getting the grant and being able to devote the summer to research will allow me to allow me to do much deeper, more detailed, and more meaningful research than anything I have done before, drawing together large amounts of data and evidence. Not only will this research give me a head start on my history department senior thesis, but it will also prepare me for possible graduate studies, and will give me the opportunity to make an original contribution to the body of historical knowledge. 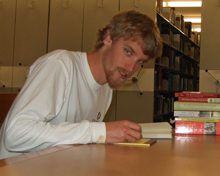