The Particular Language of Shahan Shahnour

My research will serve as an inquiry into the particular language of the prosaic and poetic works of Armenian-French writer Shahan Shahnour, nom de plume Armen Lubin. Shahnour was a part of the Menk generation (so named after the Armenian word for “We”), a literary group of Armenian migrs living in Paris in the 1920’s, having survived the Armenian Genocide and fled the Ottoman Empire. Within the frame of exile and mourning a lost homeland, Shahnour’s novel in Armenian and Lubin’s later poems in French illuminate a unique language space that can be linked to French philosophers Gilles Deleuze and Flix Guattari’s notion of a “littrature mineure.” Shahnour’s particular language parallels a symbolic third territory in which the writer finds himself displaced from both the country of origin and the country of residence. The creation of this conceptual in-between space operates on a technical level through unique syntactic constructions and word choice, but also on a higher level through recurring themes and images in Shahnour’s poetry. I will examine the striking influence of the French language in Shahnour’s 1929 novel (“Retreat Without Song”), as well as the influence of the Armenian language in his later French poetry. I hope that this research will have wider implications in the fields of Armenian diasporic achievement, interpreting migr poetry and bilingual literature as a genre.

I would like to extend my deepest gratitude to the Anselm Fund for giving me the opportunity to make new strides in my intellectual growth outside of the classroom. This fellowship has given me a whole summer to plunge into my curiosities and create something meaningful, a project that I am delighted to carry into this academic school year. Before this project, I had never worked independently on anything of a similar scale. Though the task seemed daunting, knowing that you were willing to invest in my ideas gave me a huge surge of confidence at the start, a confidence that I built on throughout the summer. I've learned that growing as a researcher is somewhat similar to growing as a student, with undulations of both confidence and self-doubt; though in research the stakes seem to be higher, creating extra space for imposter syndrome to sneak in. My independent research over the summer was a joint process of realizing areas in my research that required more reading and thought, and dismantling my imposter syndrome at every step. Without your support, this practice would not have been possible. Now, I understand so much more about myself as a scholar and about the research process, and I feel equipped to face the future world of graduate school, research and beyond. I cannot thank you enough. 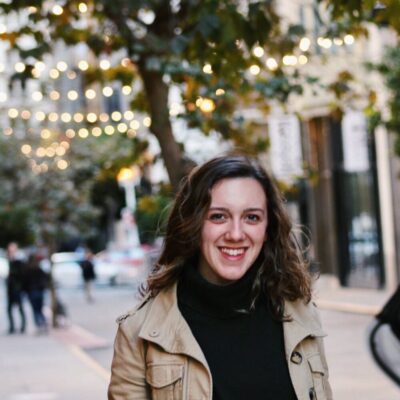