In 1948, the United Nations General Assembly adopted the Convention on the Prevention and Punishment of the Crime of Genocide. The Convention defines genocide a term coined by Rafael Lemkin in 1944 as intent to destroy, in whole or in part, a national, ethnical, racial or religious group, as such The United States Senate did not ratify the Convention until 1988. I will use archival research to consider the Senates postwar (1949-1955) ratification debates debates about the codification of group rights in international law in the context of consciousness regarding group rights in the US. My research topic ponders how two related factors shaped the Senates deliberations: the relationship between the theoretical underpinnings of the concept of genocide, and American racial discrimination; and American civil rights advocates use of the UN as an instrument for advocacy. Ultimately, I aim to explore these subjects with an attention to broader implications for the relationship between the US and supranational enforcement of human rights.

Thank you so much for giving me the opportunity to undertake a project that was both intellectually and personally meaningful for me. Your generosity allowed me to conduct archival research in Washington, D.C. and New York City, which was a truly phenomenal experience. As I scrutinized memoranda, correspondences, publications, and other assorted documents, I discovered information that I had not encountered in my prior readings. These findings pointed to some fascinating preliminary conclusions and to my next steps, which will likely include archival research on the relationships between civil liberties organizations and the struggle for international human rights. I am currently applying to law school, to start Fall 2019, and this project has further deepened my resolve to study international law. Lastly, on a personal note, as a Jewish person related to victims and survivors of the Holocaust, this project helped me better understand myself and my family's experiences. Thank you again. 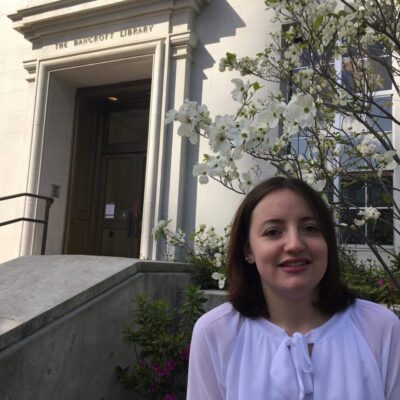