The Broken Clepsydra: Fascism as the Distortion of the Water-Gazers Perception of Time in Argentina and Japan

Tragically, fascism has re-appeared in many forms and permutations throughout modern history. Although Japan and Argentina represent only two nations which have suffered this political epidemic, through studying these nations perhaps deeper deductions can ultimately be drawn about a contemporary political phenomenon which Albert Camus rightfully labeled an epidemic. Accordingly, my research will focus upon the literature of Japan and Argentina with the aim of discovering key commonalities which suggest vulnerabilities to what Emilio Gentile categorized as a political religion. Socio-historical theorists ranging from Hannah Arendt to Robert O. Paxton have characterized the foundation of fascism in the same manner as Gentile with slight variations in terminology which I will explore in my research. By juxtaposing Meiji-era Japanese literature with mid-19th century Argentinean literature such as Martin Fierro, I will seek to identify a trajectory toward such inevitable characteristics of fascism as atavism. Similarly, by comparing relatively more modern works of Japanese and Argentinean literature, particularly the works of Jorge Luis Borges, Haruki Murakami, and Osamu Dazai, I aspire to grasp how antiquated archetypes such as the gaucho and senshi ultimately catalyzed modern conflicts such as The Dirty War in 1970s Argentina and the aggressive neo-imperialist ideology in pre-World War II Japan. Ultimately, the goal of my research will be to form a linkage between the emergence of atavistic archetypes in national literature and the movement of a national populace toward collective behavior generally classifiable as homogeneous, bellicose, and irrational.

The experience of conducting research on an important modern issue such as the epidemiology of fascism was a life-changing journey for me. As I prepare to attend law school next autumn, I realize that the Anselm Fund gave me the incredible opportunity to strengthen my research ability, my understanding of morality, and my perspective on the contemporary global community. Now, progressing into a career in law where I will need to defend the marginalized against injustice and the impoverished against exploitation, I can look back on the content of my research project and feel that I have a firm foundation in analyzing the deadly subtleties of tyranny. Moreover, I cannot thank the members of the Anselm Fund enough for allowing me to complete research in the humanities, an arena of academia that is all too often forgotten despite its ever-enduring relevance to civilization. 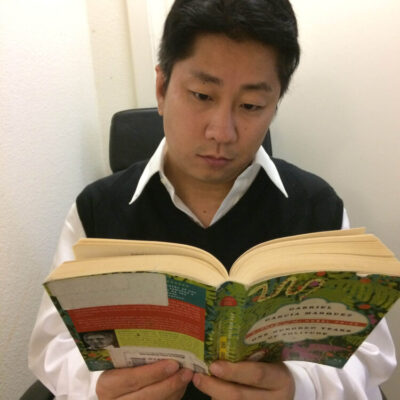