The Sacred and the Secular: Catholic Missionary Work in the Land of the Rising Sun

Wherever religion is, its Siamese twin secularism follows closely behind it. The border between the two concepts is not so clear, though, particularly among practicing Catholics who hold to orthodox Church views in modern democratic nations. These borders are not inherent to either religion or secularism; instead, they are drawn by the modern state in order to regulate religious groups for political ends. My project explores the boundaries of religion and secularism in modern in Japan in the context of the Catholic institution of Opus Dei. The Opus Dei center is an organization known for their orthodoxy and adherence to Church teachings; however, the concept of religion as defined and regulated by the Japanese government forces the missionaries of Opus Dei to adapt unique methods of evangelization. I look into the possibility of creating a distinct, Japanese Catholicism which may or may not be in tension with the Vatican.

I am truly grateful for the privilege to travel to Japan and study missionary work. Without SURF or the JSB Fund, it would not be possible for me to pursue answers to my questions of secularism and religion in Japan. This research opportunity will certainly help me in my academic journey to be an anthropologist with the exposure to field research and a taste of what will hopefully be in store for me in academia. Along with anthropological pursuits, this research trip will also increase my exposure to the Catholic faith in other parts of the world, helping my own spiritual growth. 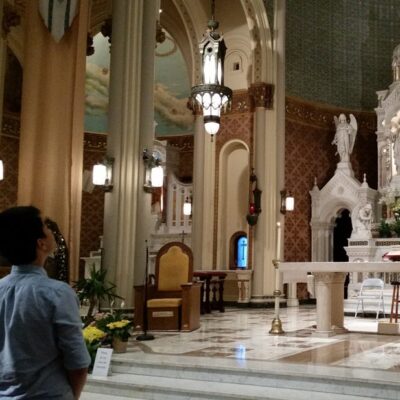