Reshaping Gender: Exploring Godard and Varda's Disruption of Traditional Cinematic Gender Representation during the French New Wave and Beyond

The French New Wave, a cinematic movement which shifted the paradigm of narrative storytelling, was based on an engagement with radical social upheavals. By rejecting the literary, political, and societal standards and expectations of their era, New Wave directors were responsible for groundbreaking representations of modern social issues. In my research project, I am examining the ways in which two particular New Wave directors (Jean-Luc Godard and Agns Varda) interact with and comment on gender roles in their films. Both Godard and Varda employ subversive representations of gender which give their films a reputation of challenging the heteronormative gender structures of contemporary French society. My focus in this project is to identify the intersections between the technical cinematographic and narrative aspects of these New Wave films that give us reason to believe that these two filmmakers actively sought to redefine and reinvent the ways in which spectators view gender relations. Ultimately, I seek to reveal how these subversive qualities may have contributed to the global filmmaking community’s adoption and implementation of increasing diverse representations of gender.

Dear Anselm Fund, The fellowship was a formative experience for my academic career. Delving into the intricacies of French film and sharing my findings with a group of intellectually curious peers gave me a satisfaction that would not have been possible without your support. In essence, this fellowship has changed my understanding of research and has allowed me to see that research can - and often times is - engaging, rewarding, and enjoyable. Thank you very much. 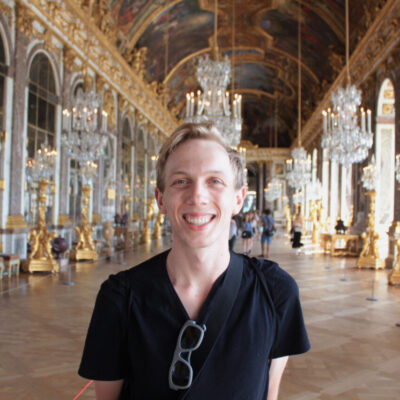