On May 18, 1935, amidst great fanfare, the National Housing Exposition opened at the newly constructed Pan Pacific Auditorium in downtown Los Angeles. Organized under the auspices of the nascent Federal Housing Administration (FHA), the exposition featured numerous exhibits, ranging from model homes to a so-called Fountain of Fabric. Historians have long been aware of the critical importance of the FHA. By working with banks to guarantee long-term, amortized mortgages for homebuyers, the FHA was central to postwar processes of suburbanization (including the racially discriminatory practice of redlining). However, little attention has been paid to the actual mechanisms that the FHA used to promote these new types of mortgages, as well as the broader idea of homeownership, to middle-class consumers during the Great Depression. My research project seeks to fill this gap. As such, my project examines the 1935 National Housing Exposition in Los Angeles from the bottom-up in order to understand how the FHA worked with local businesses to reach the individual consumer and sell the idea of homeownership. Put another way, my project attempts to answer the question: How did the FHA and local business interests work together to sell a particular vision of housing to Angelenos? Furthermore, what was the content of that vision and what was its cultural and economic impact on the urban landscape of 1930s Los Angeles?

Dear Banatao Fund, Thank you so much for giving me the opportunity to spend my summer conducting research. Being a part of the SURF program this summer not only allowed me to get a massive head start on my senior thesis, but also gave me a better understanding of how historical research works. Getting to spend time in Los Angeles looking through archival documents was both an incredible boon to my project and an exciting glimpse into what the life of a historian looks like. As such, I finished the summer with an even greater desire to pursue graduate school after I finish at Berkeley. Thank you again for making my work this summer possible. Sincerely, Jeremy Goodwin 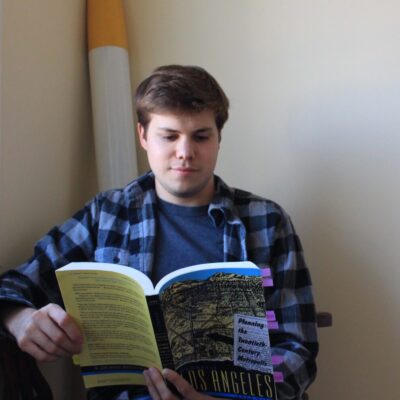 Major: History
Mentor: Daniel Robert
Back to Listings
Back to Donor Reports