The Pendulum of Opinion: Union Membership Effects on Confidence in Labor, 1975-2014

Research on the decline of organized labor has tended to focus on the decreasing rates of union membership in the national or international context, while ignoring public support for organized labor. Those social scientists who have focused on union support, on the other hand, have not included union membership in their analyses. I will synthesize these two perspectives on de-unionization by analyzing 42 years of data from the General Social Survey that include measurements of both union membership status and support for organized labor. The 29 General Social Surveys conducted between 1972 and 2014 provide nationally representative, repeated cross-sectional survey data. Using these data, I will conduct a statistical analysis of confidence in labor as a function of union membership while controlling for age, political affiliation, race, region of residence, sex, and social class. Integrating union support and union membership may allow for a more complete understanding of the future salience of organized labor as an institution with political influence or influence over the general public. However, insofar as the working classes traditionally conducted the bulk of their political participation through labor unions political involvement, and because most of the working classes political influence was thus a function of organized labors political influence, this analysis may also result in a clearer picture of the current state of and future possibilities for working class political participation and influence, as well as the implications this has for wages and occupational safety.

As a child of two active union members, the opportunity to contribute to the literature on organized labor is a dream-come-true. I am eternally grateful to SURF, my mentor Professor Margaret Weir, and the JSB Fund donors for making this project possible. Without their support I never would have been able to initiate such an ambitious project. 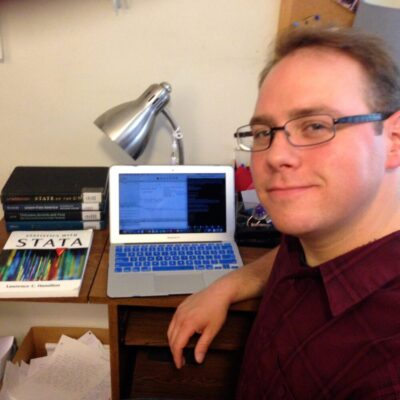