The non-coding genome has traditionally been viewed as junk, with little to no significance in everyday biological functions. However, recent advances have demonstrated clear functional importance of the non-coding genome in both development and disease. Of particular interest are the retrotransposons (RTs), mobile genetic elements that copy themselves through RNA intermediates. One class of RT, the Endogenous Retroviruses (ERVs), occupies nearly 8% of the human genome, yet has lost its to ability to retrotranspose or jump throughout the genome. The inactivity of ERVs despite their high density within the human genome poses the question: what is their significance and impact in human development?
Our research seeks to address this question by studying the mechanisms of Human Endogenous Retrovirus H (HERVH), a primate-specific RT that has been previously shown to have significant implications in the maintenance of pluripotency in human embryonic stem cells (hESCs). In this project, I will be focusing on the phenotype and regulation of HERVH through shRNA knockdown experiments and through a HERVH reporter assay. Knockdown of HERVH in hESCs causes them to differentiate, but a clear explanation for this observation has yet to be uncovered. With our reporter assay, I hope to explore not only the regulation of HERVH in hESCs, but also in other cell types such as mouse embryonic stem cells, which have similar characteristics though they do not endogenously contain this particular RT. Through these studies, we hope to provide further insight into RT functions, especially in determining the uniqueness of the pluripotent state.

I would like to give my thanks to the Rose Hills Foundation for supporting my research. My participation in the SURF program has played an extremely crucial role in developing my abilities as a researcher. As this was the first time I have ever presented my work at a formal conference, it was a great way for me to not only share my work with other people, but to also learn from my wonderfully talented SURF cohort. Without your support, our hands-on education would be surely more limited, so I cannot appreciate it enough. 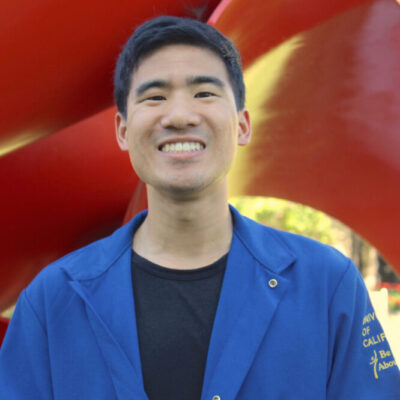 Major: Molecular and Cellular Biology
Mentor: Lin He
Back to Listings
Back to Donor Reports