Untangling evolutionary relationships among Polystichum californicum and its progenitors

While speciation (the formation of new species) is often thought of as occurring through the splitting of one species into two, species can arise through other mechanisms, such as allopolyploidy. Allopolyploidy occurs through the formation of a hybrid between two species, followed by genome duplication. This mechanism of speciation is common in plants, including in crop plants. While artificial allopolyploid plants have been studied in the laboratory, allopolyploidy remains understudied in natural populations. Polystichum californicum is a fern species thought to have originated via multiple independent allopolyploidization events throughout its range along the West Coast. In my Integrative Biology honors thesis, I will collect samples of Polystichum californicum and its possible progenitor species from throughout their ranges, and analyze their DNA to answer the questions of which species Polystichum californicum arose from, and whether it arose multiple times (possibly from multiple progenitors). Through this work I hope to contribute to a better understanding of the evolutionary process of allopolyploidization, and a better understanding of the biodiversity within the genus Polystichum.

I'm so grateful for having had the opportunity to do independent research this summer. These past few months have helped me to grow in so many ways. First and foremost, I feel that I've grown intellectually in a profound way that is difficult or impossible to do in the classroom. Being challenged to independently produce new knowledge in a formal academic setting for the first time in my life has certainly taught me a lot about my particular research field (molecular phylogenetics). But far more importantly, it's taught me the skill of delving into a body of literature, of learning how to read and ask questions and grapple with the fundamental unresolved problems of a field, of immersing myself in a vast sea of information and being able to situate myself and my work within it. Moreover, being asked to produce findings that will stand up to the scrutiny of others has taught me so much about critical thinking and rigorous analysis and the fundamental human endeavor of constructing testable models to explain our observations of the world around us. Thank you again for helping make this happen for me and I hope that you'll continue to make this possible for more students in the future! 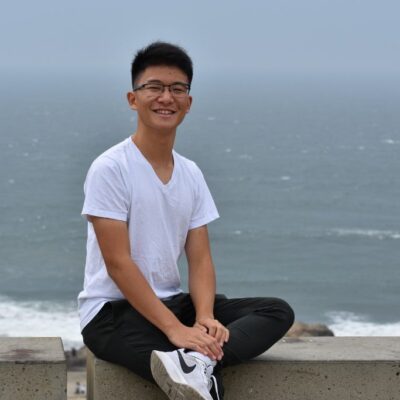