Manifestations of the Blind Prophet: The Appearance of Tiresias in the Masterworks of Modernism

T.S. Eliot, James Joyce, and Ezra Pound, the three pillars of Modernism are bound in their use of allusions, an attempt to tie their works to those of the past. One particular element that finds itself repeatedly invoked in the works of these Modernists is the figure of the Theban soothsayer Tiresias. I hope to identify the importance Tiresias plays as character and formative reference in each of the texts. My research will focus on a close reading of these three texts, the classical texts they draw on, and literary criticism concerning these works. The goal will be to determine why the blind soothsayer, the messenger from beyond the veil, makes such prominent appearances in each of these three works.

I have studied Pound, The Wasteland and Ulysses in classes in the English Department at Berkeley, and these authors and their works have stoked my academic curiosity. However the overwhelming corpus that has been produced in an attempt to elucidate these works extends far beyond what can be attended to in the confines of the classroom. Independent research will allow me to engage the texts with the time and scrutiny that I desire, while also giving me the chance to figure out if research is something I wish to pursue in my life. Through independent research, I can put my own skills to the test while simultaneously laying the groundwork for my senior thesis. 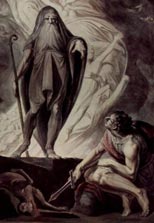 Major: English
Mentor: Charles Blanton, English
Back to Listings
Back to Donor Reports