Social Media Use and Protest Behavior: A Comparative Study of the 2006 and 2011 Chilean Student Movement

This study examines the 2006 and 2011 social movements in Chile, two years with distinctly different levels of social media penetration. By analyzing whether of not social media is changing the experience of participants, the relationship between leaders and individuals and media coverage of protests I seek to answer questions such as: Can social media networks bring down barriers for collective action? Are social networks a formidable means of bypassing mass media? How are these tools revolutionizing modern chilean political activism?

I studied abroad in Chile and in total spent around 2 years actively participating in the 2011 student movement. I saw it from its infancy and this fellowship is allowing me to continue to intimately its origins and projections. This project will contribute to my Latin American studies honors thesis and hopefully in the future will open more opportunities to pursue further research on social movements in Latin America. 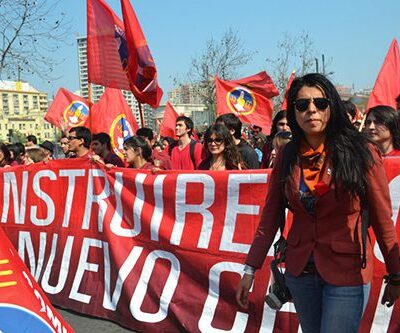