Despite the growing prevalence of diabetes, the exact biological mechanisms leading to the onset of this disease still remain painfully unclear. Type 1 diabetes in particular is caused by an autoimmune attack to an individuals insulin secreting beta cells; this cell population cannot be regenerated and an adverse condition known as hyperglycemia ensues. The immune cells and chemokines present in the pancreas at the onset of this autoimmune response are of interest when considering this disease. Recent studies have suggested that the activity of a particular G-coupled protein receptor may influence the onset and progression of beta cell destruction. The goal of my project is to study this G-coupled protein receptors role in regulating beta cell function, as well as investigate any potential interactions between this receptors and the molecules of the immune system present in type 1 diabetes.

I am incredibly grateful to the Rose Hills Foundation for their sponsorship and support of my research. The opportunity to continue my work full-time during the summer will allow me to develop both the skills and mindset required to succeed in this field. Ive been honored to be a part of the Ku lab since 2014, and look forward to continuing my research under his mentorship. I would once again like to express my sincerest appreciation for the support of my scientific endeavors. 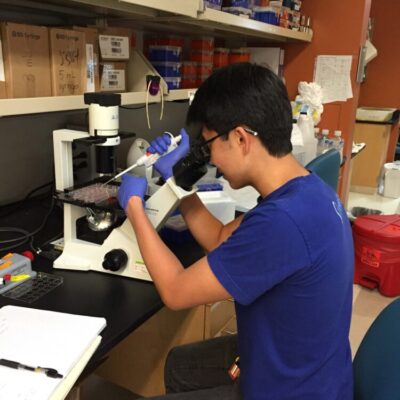