The role of Gpr75 in the beta cell response to autoimmunity

Despite the growing prevalence of diabetes, the exact biological mechanisms leading to the onset of this disease still remain painfully unclear. Type 1 diabetes in particular is caused by an autoimmune attack to an individuals insulin secreting beta cells; this cell population cannot be regenerated and an adverse condition known as hyperglycemia ensues. The immune cells and chemokines present in the pancreas at the onset of this autoimmune response are of interest when considering this disease. Recent studies have suggested that the activity of a particular G-coupled protein receptor may influence the onset and progression of beta cell destruction. The goal of my project is to study this G-coupled protein receptors role in regulating beta cell function, as well as investigate any potential interactions between this receptors and the molecules of the immune system present in type 1 diabetes.

To the sponsors who make SURF possible, I express my sincerest gratitude. This opportunity has allowed me to fully immerse myself into my research, an endeavor previously hindered by the rigors of school. This unique opportunity will allow me to pursue my passion with a renewed vigor, allowing complete dedication to my craft. I look forward to making my contribution to our ever expanding pool of knowledge, a goal made possible through the Rose Hills Foundation. 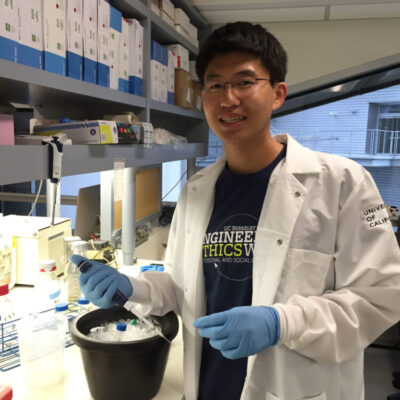