Language, Narratives and the Social Imagination: Lessons in Reading for Gandhi's Nonviolent Movement

I am researching Gandhi’s nonviolent movement in India, particularly the importance that Gandhi subscribed to language and his belief that language too can be violent. If language does not merely describe the world as it is but is an active part of creating that very world and thus the possibilities for action, then how we choose and use our words is not trivial in the least but significantly influences the success of any political action. Moreover, as an extension upon language in general, I am exploring the narrative function in Gandhi’s movement. If we think of narratives as open-ended, on-going and composed of multiple voices and perspectives, then political action composed in a kind of ‘narrative imagination’ allows for an on-going process, a process that responds to movements of an individual situation and is not forever determined by a sound-bite slogan that slowly fades in meaning. Through a thorough analysis of language studies and literary theory, Gandhi’s own writings and those which inspired him, as well as the writings of Hannah Arendt on language and narrative as they pertain to the political subject, I hope to bring illuminate the role of language in Gandhi’s successful movement and how such an understanding may positively impact how we organize and think about politics today.

I am grateful to have received the SURF award this summer for it allows me the time and space to devote myself fully to my research. Moreover, it allows me access to incredible mentors, both from the SURF program and my own faculty mentor, as well as the amazing thoughts and ideas of other SURF researchers. I know I will be proud of my achievements as an undergraduate when I complete my senior thesis and I will always be grateful to SURF for granting me the ability to make it the most well thought out and well-researched that it can be. 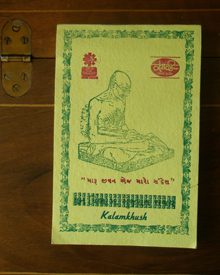