The Roots of Menstrual Capitalism: How Menstruation Became Commodified

Before the invention of disposable pads and tampons during the late 1920s and early 1930s, period products were homespun creations. Period products were made by women for women out of leftover pieces of cotton and other fabrics that were often washed and reused. Those who could afford to, however, would dispose the pieces of soiled cloth. The ease of disposing menstrual cloths then resulted in the creation of products that were meant to be thrown away. Disposable menstrual pads and later tampons, unlike their more rustic forefathers, were branded and their advertisements associated these products with a new kind of modern ‚Äúdelicate‚Äù woman. While material culture, or the objects that surround individuals, are typically used to establish status and identity, menstruation’s material culture produces identity and status in more nuanced ways because period products are meant to be invisible. This invisibility, or menstruation suppression, paired with the commodification of period products created a unique relationship I plan to explore between consumption, identity and invisibility.

Receiving funding for my research project "Disposability and Invisibility: American Menstrual Material Culture and the Advent of Disposable Period Products" has helped me to grow as a researcher and as an individual by legitimizing the importance of researching menstruation and gender. My SURF fellowship has also aided me in realizing that I really love the research process and that in the future I want to invest more of my time and energy into becoming a scholar and writer, whether that is inside or outside academia. Being able to present to an audience and to have my work recognized has further increased my confidence as a scholar and as a woman studying menstruation which has been heavily suppressed and stigmatized. I am incredibly grateful for the research experience, and scholarly community I have gained through SURF. Thank you Wishek Fund! 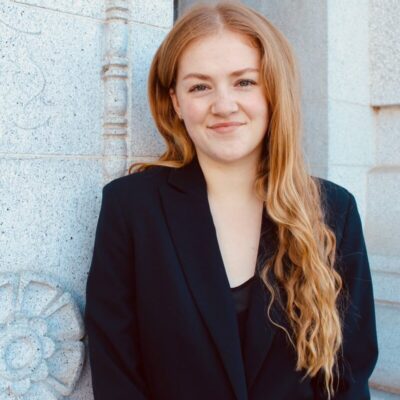