Clathrin-mediated endocytosis is a crucial cellular event during which vesicles at the cell surface containing nutrients, receptor molecules, and viral proteins are formed and brought into the cell interior. The process works via the formation of a clathrin-coated vesicle which is internalized against membrane tension with the assistance of a branched actin network. In mammalian cells, this process is incompletely understood, especially at later stages of internalization. Mathematical modeling efforts have successfully been able to evaluate the mechanism by which actin filaments can generate force to spur internalization, but so far, only minimal models have been created. In order to fully understand and model the behavior of branched actin networks during internalization, it is important to add in additional proteins such as actin filament crosslinkers and cofilin, which would more accurately capture the mechanism by which force generation and internalization occur. This research aims to determine the impact of these crosslinkers on mammalian endocytosis by utilizing mathematical modeling combined with associated molecule counting data obtained from live-cell imaging experiments. Through this work, we hope to attain a better understanding of endocytosis, which is critical in our understanding of both core physiological processes and diseases marked by viral entry.

My SURF experience helped me develop as a researcher and understand how to approach working on long-term open research questions. I learned how to structure a research proposal, stick to a schedule, and respond when to challenges along the way. This experience was pivotal in allowing me to realize that I want to pursue a career that involves answering challenging research questions, and I'm excited to work on more tough problems moving forward. I would like to thank the Chen Fund for supporting my work this summer, and I am excited to build on it over my senior year! 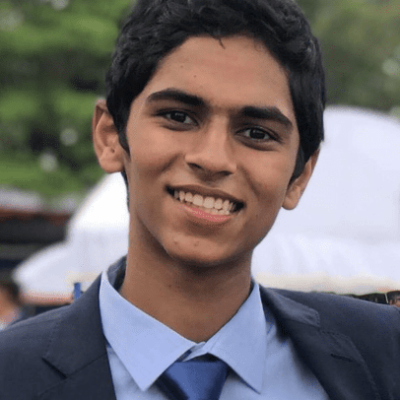