In 1947, T. S. Eliot announced to his epistolary companion, Emily Hale, that heterosexual sex was revolting. This may be incongruous with Eliot’s advocacy for a Christian conservative society, since, in the past fifty years, heterosexuality and political conservatism in the United States have become strongly associated. American conservatives hold political institutions and the reproductive family to be sacred. Conservative forefathers, however, do not consistently align with such political and sexual traditionalism. T.S. Eliot, a cornerstone of Anglo-American conservatism, combined traditionalism and the exploration of sexual deviance and celibacy. This study will examine how queer affect and conservatism intersect in Eliot’s writing, before America’s hardening as a “straight state” after World War II. I will read a selection of Eliot’s works and correspondence, hypothesizing that there is an unexplored realm at the intersection of queer theory and the history of conservatism. This project examines how sexual deviance and political conservatism are both Eliotic acts of self-preservation, the masculine body, and the body politic. Ultimately, this investigation reads around the pathologization of homosexuality during the early 20th century to understand how the politics of queerness are more diverse than predictable radicalism.

Thank so much for the opportunity to conduct my own research. A project of this size would not have been possible without the opportunity you and SURF have provided to support undergraduate researchers. I am so grateful to be able to bring this idea into the world. 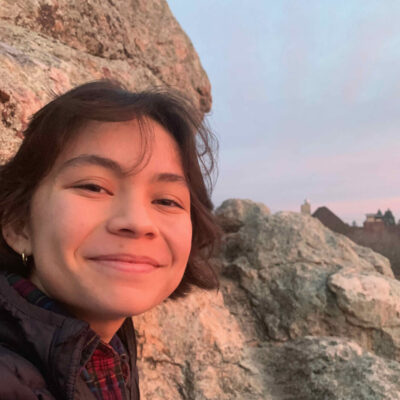