Over the past two decades Tibetan Buddhism and modern Science have been seriously engaging each other in topics of consciousness, origins, and happiness. The excitement of the possible convergence between science and spirituality in a conversation that has been historically polarized between secular and religious values has overshadowed investigative research that aims to understand the quality and impact of the interaction. To start this process, I will look at the lasting effects of two programs; Science For Monks (SFM) and the Emory Tibet Science Initiative (ETSI) on Tibetan Buddhist communities in India. I will do this by investigating and documenting the existence and utility of science in major Tibetan Buddhist monasteries in South India, specifically Sera, Drepung, and Gaden. At each location I will document physical changes to the monastery that have resulted from SFM and ETSI and conduct interviews with monks who have attended their workshops. What is the lasting value of science for a studying Buddhist monk, what impacts does it have on their Buddhist trainings? Are the skills learned at these workshops incorporated into daily studies? Questions like these have yet to be asked from a sociological-anthropological framework, and the analysis of the results will prove beneficial for both sides of the conversation. With such a historically unique exchange of knowledge between religion and science this is the perfect opportunity to investigate the impacts the disciplines have on each other.

SURF is providing me with the opportunity to travel the world with a purpose. I am so thankful to the Wishek Fund donors for giving me the opportunity to, for the first time, leave the comfort of my home continent and travel to the other side of the planet in search of answers. I have studied science all my life, and the past four years of my education has been consumed by physics. SURF is allowing me to connect the science that has shaped me to a religion that have fascinated me, and it is allowing me to do it independently. For most of my life I have been told answers but this summer I move across the world to find out my own. 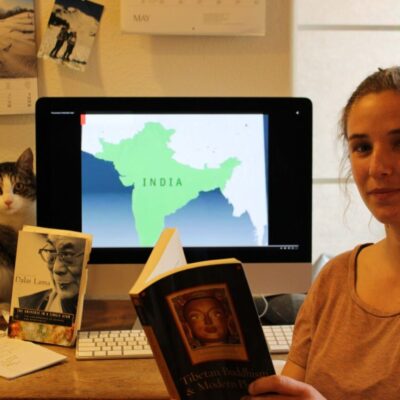