The Competing Goals of Visual Accuracy and Visual Stability

The visual systems astounding ability to create a stable view of the world around us is critical to our everyday experiences, helping us process what would otherwise be a visually chaotic world. One proposed mechanism for such remarkable perceptual stability is a phenomenon known as serial dependence in visual perception, which is thought to facilitate a systematic perceptual bias to make objects nearby in space and time appear more alike than they actually are. Through this misperception, the visual system seems to be sacrificing accuracy for stability. For example, movie viewers rarely notice that an actors stunt double is a different person and this misperception helps the viewer maintain a stable identity for the character. However, such a mechanism could quickly reduce accuracy to a level that is maladaptive the viewer still needs to discriminate between different characters. My research will investigate whether or not the mechanism of serial dependence in visual perception can adjust according to the demands of the task at hand, and balance the needs for visual stability and visual accuracy.

I would like to thank the Pergo Foundation and the SURF program for their generous support of my summer research project, as well as my faculty and graduate student mentors for their continued support of my research endeavors at Cal. I am hoping to pursue research following graduation from Cal and I cannot express how much it means to me to have people believe in my research and my abilities so much so that they would provide the funding and support that allows me to truly devote myself to this project. I am excited to continue along the path toward pursuing a career in research and to make my own contribution to the field of vision science! 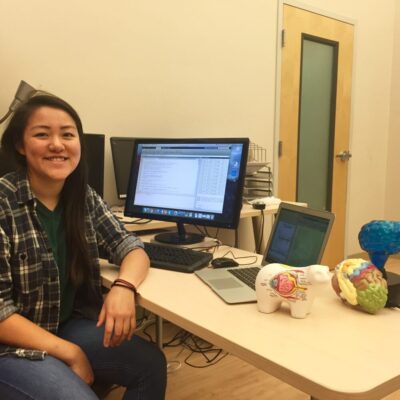