Since its foundation in the early 20th century, ethological research has provided countless fascinating insights into the evolutionary significance of animal behavior. While the adaptive importance of behavior is often well understood, its molecular causes are still poorly known. Behavioral adaptations are often driven by sexual selection, one extreme example has been found in the males of the black widow spider species, Latrodectus hasselti and L. geometricus. As the result of strong sexual selection, these Latrodectus species have evolved obligate sexual cannibalism in which males somersault their abdomen on the fangs of the female during courtship, ensuring their death. My aim is to use Latrodectus as a model system to investigate the molecular basis of suicidal mating behavior. To do so I will be comparing the RNA transcriptome from several male brains to look for differential gene expression between suicidal and non-suicidal males. By analyzing the transcriptome from sub-adult and adult male brain tissue I will also compare the translational changes that occur during maturity which may be linked to the change in behavior. In addition to the transcriptome analysis I will be using laboratory crosses and behavioral experiments to screen for differential gene expression and signatures of selection associated with suicidal mating.

I am so grateful and appreciative to the Rose Hills Foundation for their generous support of my project. The field of neurogenetics is rapidly growing and as a Molecular and Cell Biology Major emphasizing in Neurobiology I am so excited to begin working in this field. Summer research funding allows me the opportunity to dedicate myself to a project I am passionate about, without the distractions of a demanding semester. I plan to continue this research into my senior year of studies as my undergraduate Honors Thesis and hopefully to contribute to an academic publication. 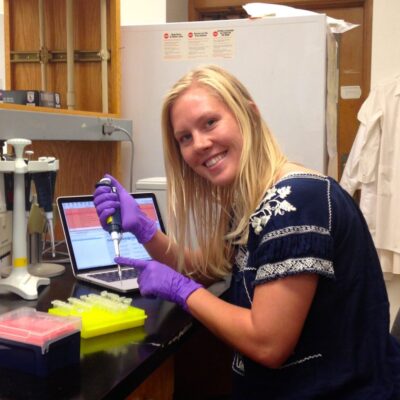