Whose Word Is It Anyway? The Rhetoric of [Re]Claiming Indigenous Language and Mixed Race [Dis]Identification

The Native Hawaiian word “hapa” has undergone an extraordinary rhetorical and linguistic evolution. From signifying half-foreigner” (colloquially, foreigner meaning “white, due to influx of white Europeans and Americans forcibly entering Hawaii since the late 18th century), to “part Hawaiian, part white,” then part Hawaiian,” to half-Asian or Pacific Islander (API) and half-White,” to simply “half-Asian or Pacific Islander (API).” While some see its current usage as a rhetorical site of API community building and empowerment, others feel that non-Native Hawaiian people do not have a right to use it. It is also contested whether the term is rooted in derogatory connotation, or is simply a neutral identifier. I seek to pinpoint the rhetorical trajectory of how and why “hapa” arrived at its current usage, and how this relates to self-[dis]identification of mixed race communities in the context of settler colonialism and the Hawaiian Sovereignty Movement.

My SURF fellowship was one of the most challenging, rewarding, and personally fulfilling experiences at Cal thus far. Partly because my topic was deeply personal in relation to my identity, my politics, and my family history, but also because it was extremely empowering and validating as a scholar to be able to design a project entirely myself. I am eternally grateful for your generosity and continued confidence in independent student research. I plan to publish this work online and disseminate it with my communities and family, and possibly use some of the creative work I produced (poetry) in poetry slam competitions or performances on campus. 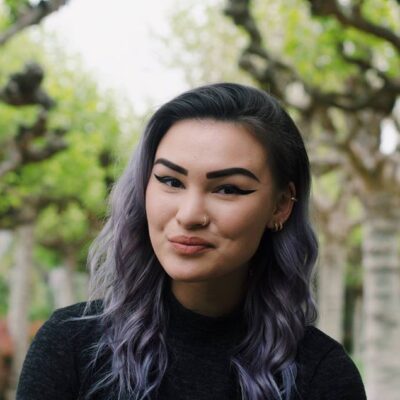 Major: Rhetoric
Mentor: Gregory Choy
Back to Listings
Back to Donor Reports