The Slippery Slope: How American Children's Literature at the Turn of the Millennium Prepares Children for the Nature of Evil & Adulthood

My project looks at American Children’s Literature from the 1990s-2000s. In this period, there is a remarkable shift in not only the tone of American Children’s Literature (turning away from moralistic and didactic traditions of the form), but in its popularity, gaining millions of adult readers.
My research looks specifically at A Series of Unfortunate Events by Lemony Snicket (1999-2006), a series in which three orphans face all manner of horrific and absurd obstacles as they attempt to survive alone in a world whose true order and shape is beyond their comprehension, despite the fact that they are intelligent and noble and have pleasant facial features, as Snicket would say. The series attempts to serve as an inoculation for young readers against the misfortune and tragedy that may await them in the world, teaching them to grieve and function constructively when all seems lost and incomprehensible. My central question will be not only why it is in this moment that inoculation against the world appears to take hold in the minds of several authors, but also why books that take up such a banner tend to be bestsellers.”

This award means the world to me. To the family of Adam Z. Rice, I would like to express my deepest condolences as well as my utmost gratitude for this opportunity to conduct independent research. I aspire to be as passionate and dedicated a student and researcher as Adam was, and I hope that this summer is the first of many future projects. Thank you for your confidence and support. 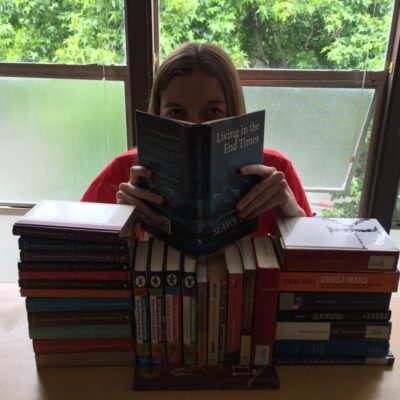