I am investigating the gene Rpl41 in a mouse model. Rpl41 is a ribosomal protein coding gene of the large ribosome subunit. It is one of 80 highly conserved ribosomal genes. In literature, mutations to the ribosomal protein genes have resulted in drastic phenotypic differences in even heterozygous individuals, many resulting in embryonic lethality. Rpl41 is a highly conserved gene so the existence of our knockout Rpl41 mice is surprising.
Rpl41 knockout mice are phenotypically different from wildtype mice in two important aspects. While the knockout ovaries show evidence of ovulation, structurally, the knockout ovary shares little anatomical similarities with the wildtype littermate control. Importantly, these knockout females are infertile while a significant number of males die of hydrocephalus, a buildup of fluid in the brain, and are potentially infertile after one litter. I am investigating these phenotypes through histological and molecular biology approaches to fully characterize and quantify the observed differences.

Thank you so much Rose Hills Foundation for funding my summer research. Although this summer did not go as planned, I was able to learn a lot through literature search and have come to appreciate the importance of deep and thorough dives into published literature. Through this experience, I have become more confident in my knowledge of my project and am even more excited for the future of the project. I am grateful for getting the chance to participate in a scientific conference and for all the support from peers and the program. This experience has shown me how much undergraduates can accomplish and will accomplish in the future. 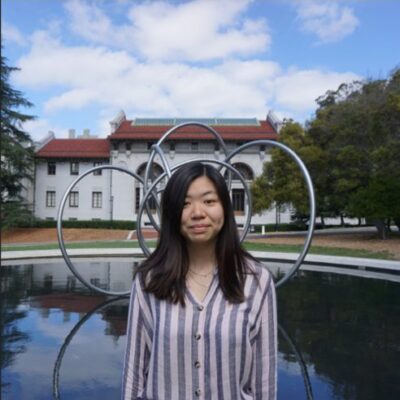