Found in many species of bacteria and archaea, the clustered regularly interspaced short palindromic repeats (CRISPR) and CRISPR associated (Cas) proteins provide an adaptive defense mechanism against foreign invaders such as viruses and plasmids. By integrating segments of the foreign DNA into the CRISPR locus of the host genome, the bacteria remember the invaders and can subsequently produce CRISPR RNAs (crRNAs) to destroy the foreign DNA complementary to the crRNA. In particular, Cas9 plays a major role in using the short RNA as a guide to search for any DNA sequences in viruses and plasmids that match the RNA sequence, cleaving and destroying them. Although the CRISPR pathway has been extensively studied, the mechanism of new spacer acquisition is still poorly understood. In 2015, it was discovered that four proteins Cas1, Cas2, Csn2 and Cas9 are involved in acquiring these spacers in the bacteria Streptococcus pyogenes. Using a combination of biochemical and molecular biology approaches, I will be purifying these proteins separately, studying how the four proteins interact, and visualizing this hypothetical complex via electron microscopy. The discovery that Cas9 is an RNA-guided DNA nuclease has revolutionized biology for its use in genome editing and many other biotechnology applications. This summers research will explore a potentially new function of Cas9 that could lead to development of new Cas9-based biotechnology tools based off of interactions with these other discovered proteins. Ideally, my summer research will help paint a better picture of the mechanisms behind Cas9s revolutionary genome-editing abilities and hopefully shape its role in bioengineering and biotechnology.

Im so grateful to have been given the opportunity this summer to do research at UC Berkeley as a SURF Rose Hills fellow. While bench work is extremely important in developing lab technique skills (and a whole lot of patience and hard work), Im so excited to be given a chance to not only analyze data that I will have generated on my own but to also be able to present it to my peers and fellow researchers. SURF and the generosity of the Rose Hills Foundation have provided me with the resources to go above and beyond a normal mentorship and really understand what it means to be a researcher. For me, this will be an invaluable undergraduate experience because my goal is to continue research through graduate school and beyond; this summer will be just a taste of what lies ahead of me, and it will help me prepare for it. Its never a bad idea to start early, and Im thankful for being chosen to do this under the SURF fellowship program. 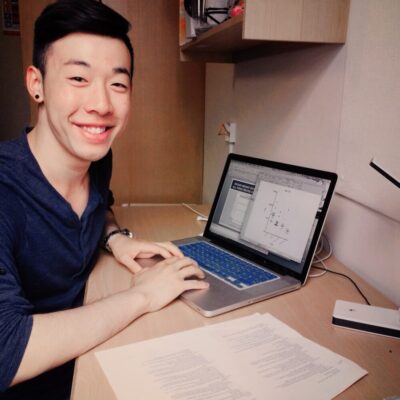