How do political parties influence online posting behavior? Previous research attributed an individual’s utility from posting online to two major channels: contribution to public knowledge and identity boosting. In this project, I will develop a model of demonization that analyzes how a political party, using posts on social media as signals, interacts with its supporters via these two channels. Using a set of state-sponsored posts and comments about the 2022 Ukraine-Russia Crisis from Weibo, one of China’s largest social media platforms, I will test how topic distributions of the comment sections, modeled using Latent Dirichlet Allocation (LDA), respond to different types of political messages from the state. This also determines how the comment section evolves if the state strategically alters from posting about the ongoing event to attacking opposing political identities, or vice versa. Furthermore, by tracking the social media profiles of commenting users over time, I hope to investigate whether the divergence of public opinions from its initial state is related to updates of public knowledge, or signals that encourage individuals to reveal their political identities.

Many thanks to [the Sponsor] for making my undergraduate research ambitions a reality! As my SURF mentor often says, the frequent starting and scratching of a new idea, or going back and forth in a dataset is what makes economics research a re-search. This arduous, yet fun and rewarding ride would not have been possible without the generosity of [the Sponsor] and the SURF program. For that, I am eternally grateful. 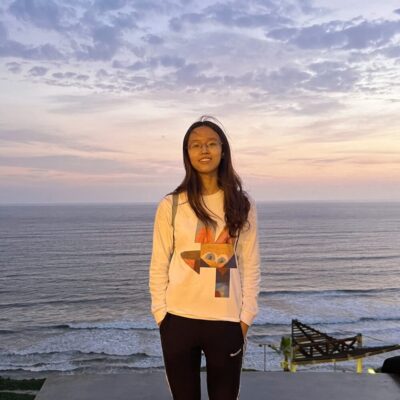