The cosmic microwave background (CMB) is ancient light radiation emitted during initial expansion of the universe. Theorists believe that gravity waves (like light waves, but related to gravity rather than to electricity) bounced around in the early universe and left measurable imprints on the CMB. Searching the CMB for these imprints can be done with a technique called bolometry, which works by measuring the heat that photons transfer to a superconducting wire. Because radiation background noise from instruments drops at low temperatures, colder bolometry equipment gives more precise results. Our lab, the Experimental Cosmology Group, manufactures bolometer arrays for several different CMB measurement experiments, and as such we need a variety of very powerful refrigerators in order to test and develop the next generation of bolometers. To further this end I will be constructing a new refrigeration system which will use a pulse tube refrigerator, a helium10 refrigerator, and a demagnetization refrigerator to cool wafers to 100 mK (1/10 of a degree above absolute zero) for testing.

Financially supporting my education while living in the Bay Area can be very difficult I work a part time job during the school year which takes up many of my hours and makes it much more difficult to spend time on my research, even though I know that devoting time to my research is vital to my personal and professional development. As such, I am extremely grateful for the SURF fellowship and the support of the Rose Hills Foundation, as it means that I can concentrate solely on my research for an entire summer and accomplish much more than I would be able to if I were to continue working at my part time job. 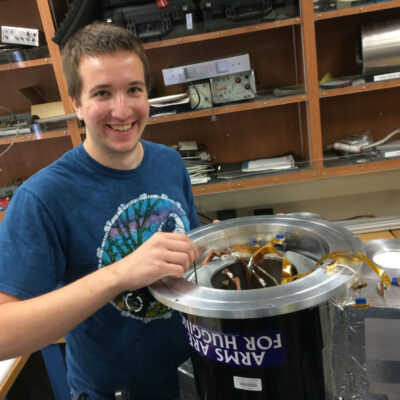