Electrophysiology of Pacemaker Neurons in the Upside-Down Jellyfish, Cassiopeia

Behavior in the upside-down jellyfish, Cassiopea, an animal without a centralized nervous system (CNS), is controlled by their decentralized net of ganglia that initiate pulsing activity. This activity decreases at night, during sleep, and we study how this activity is regulated. Pacemaker neurons hold the intrinsic ability to generate rhythmic bursts of action potentials that play an integral role in the function of nervous systems from humans to jellyfish. For this project, I will perform electrophysiological recordings on pairs of pacemakers during behavioral recordings to detect the action potential of the leading pacemaker and its associated waveform. Models predict that leaders also hyperpolarize the competing pacemakers, and by recording pairs of pacemakers we will be able to detect both signals. Following these recordings, I will then perform spike-sorting and clustering algorithms to identify characteristic waveforms, and determine how they change between wake and sleep. This quantitative analysis in Cassiopea will provide the basis to inform further research on the regulation of their behavior and its conservation with animals with centralized nervous systems.

Thank you for your support and the opportunity to conduct independent research as an undergrad! I am looking forward to the opportunity to grow my own skills as a researcher and to learn more about neurobiology and neuroscience. I am very grateful for the experience and am excited to get started. 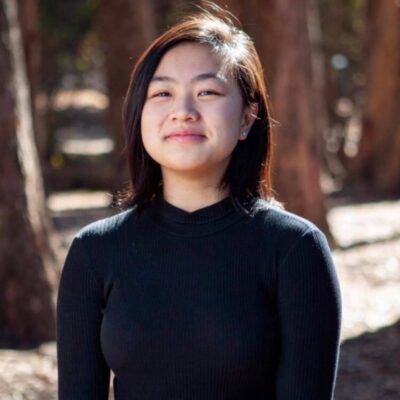