Between 1789 and 1799, the French Revolution shook the firm order of French politics, marking a new era in France and the world. The consequences of the Revolution cut across all aspects of French life. Ideological changes were rapid and ambitious, yet many were not immediately successful. My research will focus on the French Revolution as a benchmark in the development of public education. Leaders of the Revolution saw primary and secondary schools as essential instruments in the formation of a national identity, the diffusion of republican values, and the transformation of subjects into active citizens. A central problem for reformers was the diversity of language and dialects in France. I will use the city of Strasbourg, and the region of Alsace, as my focal point. As an oft-disputed border region between France and the German-speaking states, in the 18th century most Alsatians spoke little or no French, and many schools taught in German, despite the region’s official status as a French dpartement. I will investigate the process by which revolutionary leaders conceptualized and developed a national identity contingent on the French language, their proposed approaches to French education, and the actual effects this change in linguistic ideology had both during this period and in the centuries that followed.

I'd like to thank the Wishek Fund for their generous support this summer. The SURF experience gave me the time, community, and resources necessary to explore my topic in a meaningful way and it allowed me to build a strong foundation of research for my thesis project. I'm very excited to continue my work this upcoming year. 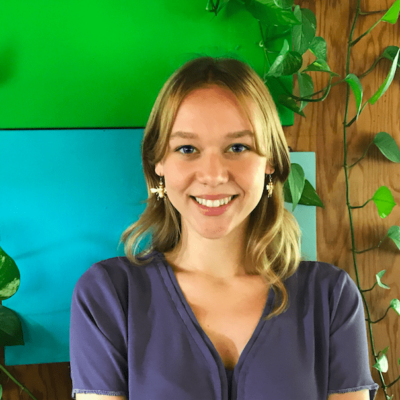