Shallow landslides, a major geologic hazard, can be initiated by periods of heavy rainfall or as a result of land use. Physical processes that occur during a landslide, however, are notoriously difficult to interpret because landslides are rarely witnessed and often occur as single events. During February 2017, an intense storm generated approximately 400 landslides in a hilly, sedimentary landscape near Williams, California. This study will survey each landslide that occurred at the site to obtain a detailed statistical dataset for comparison with high resolution topographic maps and existing hillslope stability models. Analyses of the dataset will provide a more comprehensive understanding of the processes that cause slope failure as well as large-scale landscape evolution.

To the Rose Hills Foundationthe SURF program helped me learn, in a very fundamental way, what it's like to design a research project. I found that coordinating car rental logistics and finding field assistants while collecting accurate data is difficult, but I was able to learn how to do it in a supportive environment as an undergraduate. I developed simple skills related to performing geologic research that I will undoubtedly use in the future, as a graduate student. My project will be continued next summer and I hope to publish at least one peer-reviewed scientific paper with the work that I've began through SURF. I am so thankful for the opportunity to study landslides, especially after a winter where they have affected so many communities in California. I deeply appreciate your contribution to my academic experience at Berkeley. Thank you again! 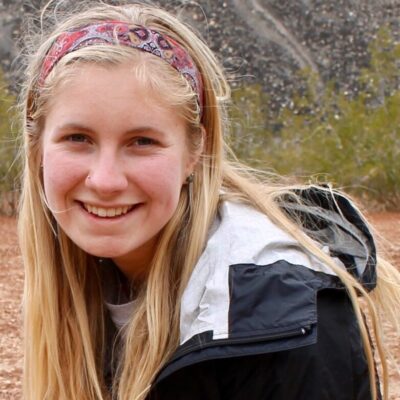 Major: Geophysics
Mentor: Bill Dietrich
Back to Listings
Back to Donor Reports