This summer I aim to reconstruct and contextualize the career of the 1970s Afro-Latino funk band WAR, perhaps best known for enduring hits such as “”Lowrider,”” and “”Cisco Kid””, but in the peak of their fame, rebound for their album and title track “”The World is a Ghetto.”” Like many American cities in the mid-1960’s, the Watts neighborhood in LA went up in flames and ignited a battle between residents, activists, artists and political officials to represent and shape low-income urban communities.
WAR’s contribution to the era’s soundscape carved out a unique political-cultural space and vision.

I can't thank the Rice Foundation or the Rice family enough for the opportunity to conduct my research this summer. I've done my best to embody some of the critical rigor and genuine enjoyment that Adam Rice brought to his own study of popular culture. The result of the foundation's sponsorship and my efforts is a project I'm proud of and one I'm eager to develop further. I'm convinced that the need to interrogate the political and educative registers of popular culture is more pressing than ever yet the urgency of dire circumstances has never stopped people from singing or dancing before. Cheers. 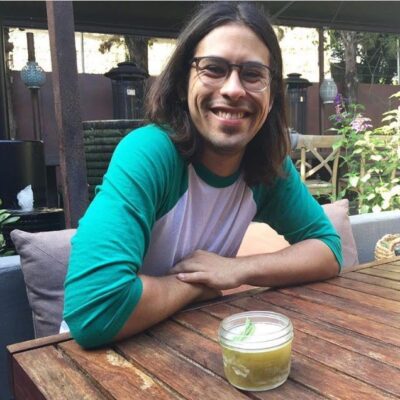 Major: American Studies
Mentor: Christine Palmer
Back to Listings
Back to Donor Reports