Westphalia and the Myth of International Order

On October 24, 1648, Europe signed The Peace of Westphalia. This marked the end of the Thirty Years War, one of Europes bloodiest conflicts, which claimed the lives of more than eight million people. But perhaps more importantly, The Peace of Westphalia is remembered as the birth of what political scientists, politicians, and even your morning paper would come to know as modern international relations: a system of states, in which sovereign and independent nations exist in a chaotic realm of constant competition, locked in a balance of power in order to maintain independence and security. The only problem with this explanation is that no such genesis moment exists. The peace treaty was in fact little more than an armistice signed between Sweden, France, and the politically fragmented Holy Roman Empire. The idea that 1648 constituted something singularly remarkable, that it gave birth to an enduring system that still lives and governs us today, is a modern fabrication. How then, did we arrive at this Westphalian myth that is so foundational to many basic international relations theories? Who first conceived of Westphalia as a watershed moment in history? Why did this idea arise when it did, and what was at stake in its creation? How might a reconsideration of Westphalia shape our understanding of where the very idea of international relations comes from? My project seeks to answer these questions

Because of the SURF grant, I got started on my senior thesisgiving me the invaluable opportunity to explore a topic of interest at a depth Ive never before experienced. This is something I will talk about in graduate school applications, but more than that, it has put me on a path to study and work in the field that I want post-graduation. I also gained a greater appreciation for the amazing resources at Cal, getting to experience first hand what makes it such an immensely powerful research university. Thank you for enabling this life changing experience. 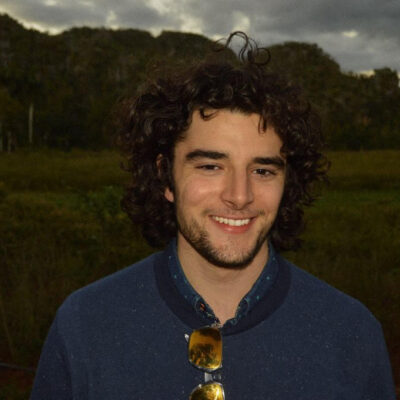