1.1 billion years ago, Laurentia, the Craton which makes up majority of modern North America‚Äôs landmass, was rifting apart in the Lake Superior region and growing in the American Southwest. Both of these processes produce magma. As magma cools, the magnetic minerals within align with Earth‚Äôs magnetic field and these alignments can be used to determine the age of a rock (paleomagnetism). Similarly, small crystals formed within the magma can also indicate a rocks age (geochronology). There is a likely connection between the locations due to similar timing of emplacement and geochemical signals. Recent, high-quality data collected for Lake Superior indicate a high volume, short duration magmatic event 1096 million years ago, which is inconsistent with a typical rift (long duration, low volume). It is hypothesized that an upwelling magma plume encountered topography at the base of the crust, bifurcating it, sending some magma into the rift, with the rest emptying into the American Southwest. Previous geochronology of the American Southwest is plagued by inaccuracy. Improved geochronology and paleomagnetism of the region will better establish their relationship.

I am so grateful to the McKinley Fund for this fellowship. Working on this research project has shown me how rigorous geological inquiry is conducted, improved my writing and presentation skills and provided me a strong basis for my honors thesis. Working mostly independently on this project showed me that I am capable of doing anything I set my mind to. Participation in SURF has inspired me to continue my research and pursue a PhD in paleomagnetism. 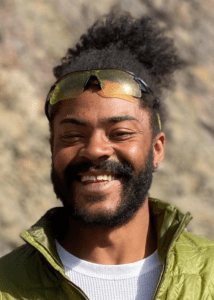