Improving the Biosensor Properties of an AraC-Type Transcriptional Activator

The field of metabolic engineering seeks to rationally design microorganisms to produce specific compounds, usually through the heterologous expression of non-native enzymes and modifications to native metabolism. A commonly employed experimental approach is to randomly mutate enzymes of interest and screen for a desired phenotype. However, this method is constrained by limitations in screening the massive primary sequence diversity scientists are now able to generate. Biosensors derived from naturally-occurring transcription factors can provide an efficient alternative to the low-throughput detection methods currently employed, facilitating an in vivo and tunable method of screening. My research in the lab of Dr. Jay Keasling explores the ligand promiscuity and relevant biosensor characteristics of a promiscuous transcription factor from the AraC family, a well known but poorly characterized group of transcriptional regulators. This summer, I plan to analyze the effects of various mutations to the gene encoding the factor as well as its cognate promoter on the sensors efficacy in order to elucidate new insights into the structure and function of the AraC family.

I am incredibly grateful to the Rose Hills Foundation for their commitment to supporting undergraduate research at Berkeley. Thanks to your generosity, I was able to spend my summer post-graduation completing the work that I had been performing diligently the last year of my undergraduate career. Had it not been for your financial support, I would have been prohibited from working at my current lab due to restrictions on volunteer interns. Fortunately, I was able to avoid running into any such issues and instead ended my tenure with a full-fledged manuscript ready for journal submission. As I move on now to the next chapter of my professional journey, SURF has given me the confidence and skill set to become an effective and capable researcher in my field. I am now more certain than ever that I made the right choice to pursue a career in biotech research, and I am immensely appreciative for the critical role that SURF and the Rose Hills Foundation played in that decision. 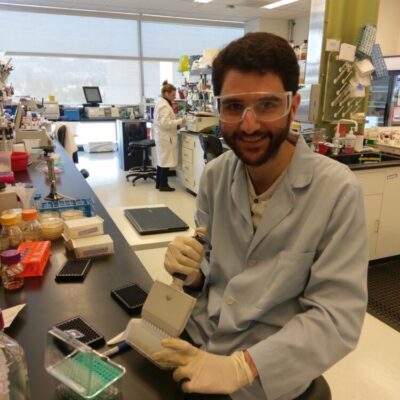 Major: Bioengineering
Mentor: Jay Keasling
Back to Listings
Back to Donor Reports