Colonialism has displaced traditional foodways all over the globe. Moreover, even though we are in a mostly “post-colonial” world, colonialism and its effects still impact many countries. In the Caribbean, many countries have become independent, but some continue to have relationships with their previous colonizers. Puerto Rico, specifically, is still a U.S. territory and has been since 1898. Since then, traditional foodways in Puerto Rico have transformed through the decrease of subsistence agriculture as a result of U.S. intervention in Puerto Rican businesses. However, an issue that has been left unanswered by scholars is: How did U.S. colonialism over Puerto Rican foodways affect the health of Puerto Ricans? This project will analyze the health effects of U.S. colonialism on Puerto Rico’s foodways by relating foodway changes with an increase of food-related diseases in the country. Specifically, it will link high rates of obesity, diabetes, and cancer on the island to the lack of access to healthy foods by gathering and comparing data on these issues.

I would like to thank my donors, the SURF program, Professor Hastorf, and Natasha Fernandez for their continued support in my project. Being a SURF fellow is an honor, and this program has allowed me to grow as a researcher. Receiving funding for my project increases my hope that we will not only bring awareness to this issue in Puerto Rico, but also open a conversation about the harm of losing traditional foodways globally. 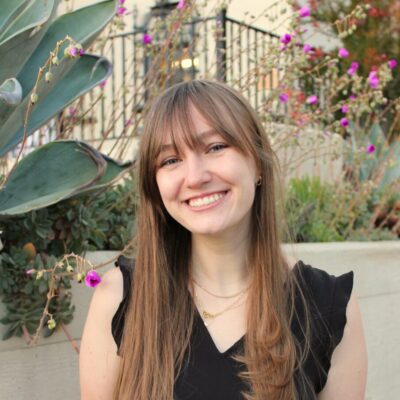