I intend to look at three sets of botanical illustrations by three artists, all produced in Europe between 1585 and 1614 and all copied from the earliest of the three sets of illustrations, an album of watercolors by the French Artist Jacques Le Moyne de Morgues. The realm of botanical illustration is one which straddles the lines between art and science and as such these illustrations are ripe with assumptions about what artwork can do, how the artists related to the natural world and how to gain and communicate information about the natural world. I want to study the modifications made by each artist to the original subject matter to mold the illustrations to their particular purpose. In doing so I want to understand what exactly these artists wanted their art to do, how and if the illustrations carry scientific authority while still remaining aesthetically enticing, and the balance between depicting and classifying the world in great specificity and in generality, all from within both an art historical and a history of science framework.

I am intensely grateful to be a SURF fellow. In addition to allowing me to devote my summer to a project of my design and of my passion; a project which will allow me to find my academic voice, the support of SURF and the Anselm Fund will allow me to travel to the British Museum in London and observe the artworks I am writing on in person. This will allow me to make observations that I simply could not make from reproductions and will provide me with invaluable experience traveling and conducting research abroad. I never imagined I would get such a tremendous opportunity as an undergraduate. 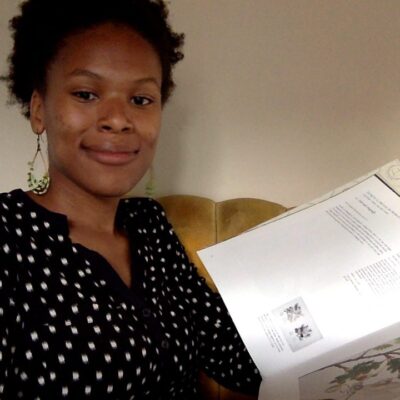