Eurabia and the Great Replacement Along the Fault Lines of Civilizations

The notion of a “Great Replacement” and the Eurabia thesis are two Islamophobic conspiracy theories with similar roots and trajectories. They both articulate the fear that, with the support of European elites, Muslims are demographically replacing Europeans, threatening to extinguish “Western culture” and replace it with a global Islamic civilization. Circulation of these theories has accelerated since 2015, alongside a rise in white supremacist violence. The theories themselves are linked to Zionist political thought, but they build on long-standing antisemitic tropes, and have occasionally been taken up in service of antisemitism, especially in the United States. I will investigate the transit and resonances of these theories in Israel/Palestine and Turkey — two Middle Eastern contexts which are often imagined to exist along “civilizational fault lines” between the Muslim and Western worlds. My project explores how the Muslim- and Jewish-majority states situated along these purported “fault lines” respond to or latch onto racialized fears and myths of replacement today, in the face of widespread migration crises and a global surge in white nationalism.

I am extremely grateful for the support and funding offered by the SURF program and CACSSF fund. Participating in the program was crucial to my development as a scholar and student, and helped direct my plans to apply to graduate programs in the upcoming year. Being able to dedicate my summer to explore a crucial topic I was passionate about was one of the most rewarding experiences I've had at UC Berkeley, and I developed skills in qualitative research that I will certainly use in my upcoming projects. 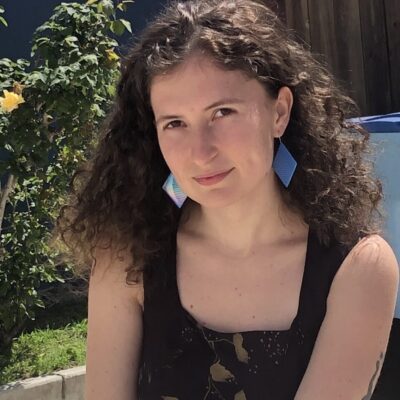