Gregor Mendels law of equal segregation states that the two copies of each chromosome are transmitted with equal probability to the offspring. However, there are also genes, termed meiotic drivers, that manipulate the genome to be transmitted at greater than 50% frequency. Meiotic drivers have been identified across taxa (including insects, plants, fungi, and mammals), and have profound genomic, evolutionary, and ecological consequences. Moreover, the development of synthetic drive systems is the focus of multiple research groups as a means to control pest and disease vectors, since the >50% transmission distortion can be utilized to exterminate target populations and/or species. However, few meiotic drive systems have been characterized at the molecular genetic level, thus limiting the development of synthetic drivers. Over the summer, I will phenotype and genotype experimental males from a Drosophila miranda population with a putative meiotic driver and perform a Quantitative Trait Locus (QTL) analysis to identify the region(s) in the genome associated with meiotic drive. This project has important implications for our understanding of the genetic structure of natural meiotic drivers.

To the Rose Hills Foundation, thank you again for the funding for my summer experience! I had a great time in furthering my experience with research and in learning more about what it takes to conduct science at a high level. The experience also helped me to grow as a budding scientist and as someone who now appreciates the work that is being done in all kinds of areas of study that are working to ultimately discern the workings of our world. The time of the summer has furthered my interests in pursuing academics through grad school. Ultimately the time over the summer has made me more confident as a researcher and aware of the growing importance that science plays in this world and has encouraged me to be a part of that change in the world. 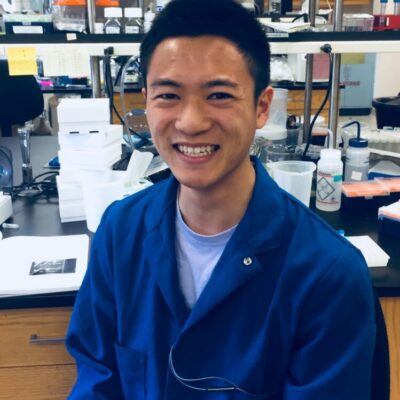