400 years after William Shakespeares death, debates on Elizabethan staging methods remain fresh. My SURF L&S research will explore the unknown mechanics Elizabethan staging. I will specifically do so by examining Elizabethan era resources (such as actual, annotated rehearsal scripts from Elizabethan theatre companies) on Shakespeares Henry IV, Part I. Henry IV, Part I stands as an anomaly amongst other Shakespearean plays because it does not adhere to the conventional scene-to-scene structure that most of the other Shakespearean plays follow. Unlike most scholars (who almost exclusively study conventionally structured plays), I believe that closely examining a play with unique structure gives me the best chance to discover new information about the still uncertain methods of Elizabethan staging.
Attempting to answer this question is relevant and necessary because major theatres and theatre companies (E.g. Shakespeares Globe in London) continue to emulate Elizabethan staging, yet unlike theatre companies from 1616, modern companies find it impossible to stage full-renditions of these texts in under three hours. How did Elizabethan theatre companies perform these texts, in their entirety, in significantly less time than it takes for modern companies to do so today? My research aims to get at the heart of this question because it is my hope that one day, a modern audience can experience the performance of an entire Elizabethan text without also having to experience the excruciating humdrum that encompasses any three-plus hour event.

I would like to thank the University of California Berkeley, the SURF Program, and the Anselm Foundation for making my research possible. Receiving support for this project is especially hopeful for me because in the world of theatre, substantial monetary support for work is often hard to come by. It is encouraging to know that groups such as these continue to recognize the theatres necessity, and I hope that my work will validate their selection and support of not only my project, but also of the theatre at large. 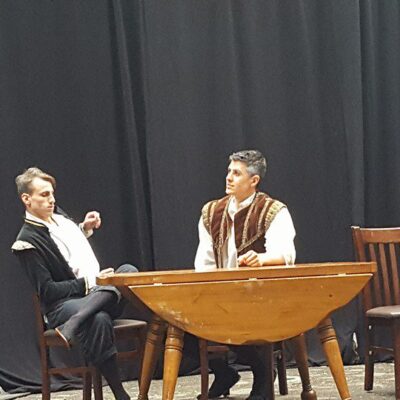